I’ve spent most of my adult life either overweight or trying to lose weight and right before I got pregnant with my daughter, Harper, I was at my lowest, most healthy weight, which was still technically about 20 pounds over a healthy weight for someone who is 5’3″.

Over the course of my pregnancy I gained 50 pounds.  Yes, 50 pounds.  Yes, I said it out loud.  Chalk it up to all day sickness for the first 16 weeks of my pregnancy where I could only hold down one meal, typically lunch, and the greasier the better.  Carl would fix an amazing, healthy dinner and I’d walk in the door and go straight to the bathroom for “all day” sickness.  It was really that bad.  The years I spent changing my eating habits to include veggies, home cooked, healthy meals went out the window.  Once I started feeling better it was hard to break the habit of picking up fast food and indulging in sweet treats.

After Harper was born I dropped about 25 pounds right away, but the last 25 pounds stayed.  Not that I felt like doing much about it in the exhausted state of first year parenting, but deep down I knew it was an excuse.  2011 and 2012 were rough years for our family, add to it the constant feeling of inadequacy and insecurity in nearly every aspect of my life, from parenting to teaching.  Say hello to emotional eating, more weight gain, and the cycle continues. 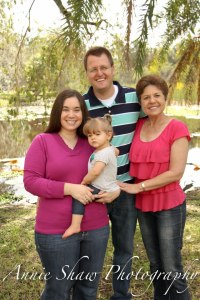 The summer of 2014, something in me changed.  I was finally so unhappy with the way I looked and felt that I was ready to make a change.  Actually, it wasn’t something, it was shame and embarrassment.  With the end of the school year approaching it meant SUMMER TIME (where livin’ is easy…) was coming!  Time for fun, family and play dates with friends.

Our first play date was all set for the the beach (!!!)  the first Wednesday after school got out.  Yep, I made a play date to take Harper to the beach, by myself (!!!), with some ladies from work who are exercise queens!  They ran faster than I could even imagine and did P90X after school.  For fun!   What was I getting myself into?  I was terrified and embarrassed and contemplated not going.  My bathing suit didn’t even FIT me!  I had to squeeze myself into bottoms and a flowy workout top.  Holy hell!  What was I getting myself into?  So, after shedding a few tears, a pep talk from Carl and WAY too much stuff packed into my beach bag, we went off to the beach.  I knew that no matter what I wasn’t going to let my insecurities interfere with taking Harper to the beach and having fun.  If there is anything that I DON’T want to pass on to Harper is MY body issues.

You know what?  We had a great time!  Okay, I did spend the entire time feeling nervous about my body, chasing Harper around the beach, trying to tell myself that she wouldn’t drown in the giant ocean.  It was stressful but I’m am so proud of myself because I did it!  I was so proud of myself that I scheduled another play date to the splash park the following Saturday. 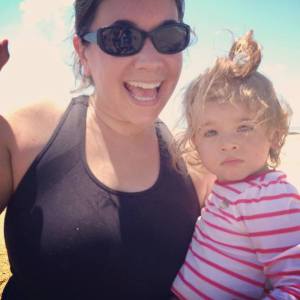 Like I said, that play date to the beach was my turning point because while Carl and I were on a breakfast date on a Friday just a few days later, we decided to check out the CrossFit Box that was down the street and see what it was all about.  We walked over, which was a lot farther than we anticipated, and unfortunately we were in between classes so no one was there.  We found out later that the owner was at the same place we ate breakfast.  Small world.When he arrived back at the box, he talked to us a little while and we made an appointment to go in for our baseline on Tuesday.  We started Paleo that weekend and two days later we joined CrossFit and I went for 2.5 years.

Sure, during this time I’d lost inches and gained muscle.  Sure, I had amazingly encouraging friends there who were always willing to cheer me on and support me at the box or whenever we saw each other.  Sure, I had a coach who was there to make tweaks on my form.  But I always felt like something was missing.  I just couldn’t break through a certain point in my weight loss or make progress with the weights.  Something felt like it was holding me back.

When my friend, Christine, talked about becoming a Beachbody coach in June of 2015, I was excited.   The workouts were 30 minutes and there was a Facebook group of women, who were also focused on health, who would be together for 21 days sharing their successes and struggles.  There was also a nutrition aspect that was really important to me.  I think that’s where I’d always gone wrong with whatever eating plan we were following – paleo, primal, junk food – I was always eating too much of it.

When my 21 Day Fix program came in I was super shocked at how small the containers seemed.  Like, woah.  But they really do hold more food than it looks like!  I was hooked though.  I loved the structure the program provided – do a workout every day, eat your containers, and check in daily with the group.

I’m two weeks into The Master’s Hammer & Chisel and I absolutely LOVE it.  It’s like CrossFit (or more like Body Beast) and 21 Day Fix combined and had a baby.

I can’t wait to see what the next year brings on this journey!